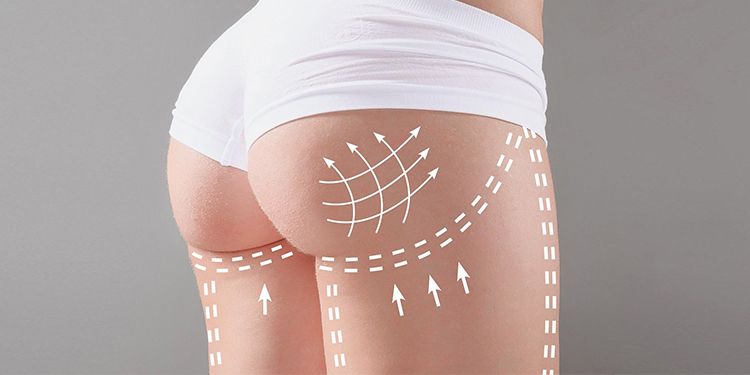 One of the most important elements that make the female body attractive and beautiful is its curves. What makes the curves ideal is that the indented and projecting regions follow each other in a harmonious manner.

Buttock lift surgery aims at an ideal feminine buttock image, in which the hip is not too prominent, the upper, outer section slightly protrudes outward, joins with a thin waist and back curvature.

What is Buttock Lift Surgery?

It is an operation performed in order to reach a buttock image in which the buttocks reach an ideally proportioned appearance in conformance with the body.

It may not be enough to touch the buttocks just to get an ideal buttock appearance. Buttock, waist, waist-buttock crossing, hips, legs and even abdominal region should be evaluated individually and then as a whole. To achieve the ideal ratio, the required touches should be made separately.

Buttock shaping method using fat injection to the hip is a commonly used aesthetic procedure. It's particularly preferred because the operation time is short, the operation and the process afterwards are not tiresome and the results are very striking.

Vaser liposuction method is employed to thin down and shape the waist, back and hips in order to make a more aesthetic passage to the hip region. Thus, the hip acquires a rounder and narrower appearance.

Vaser Liposuction enables fats with stem cells removed without any damage to be injected into the buttocks, and during the same session and in a more permanent manner, the buttocks acquire a protruding appearance.

During the operation, the patient may suffer from mild pain, which can be resolved with painkiller tablets. Mostly, overnight hospital stay is recommended. Those who had both fat injection to the buttocks and vaser liposuction should wear a special corset for 3 weeks. Patients can resume normal activity in 3-5 days.

Buttock implants can also be used to lift the buttocks and enhance their volume. After the operation, there will be a scar measuring about 6-8 centimeters, which will be hidden between the curve in the middle of the hip.

The recovery period is a bit more painful and longer than fat injection operation. If the area around the implants placed in the buttocks is shaped by fat removal using vaser liposuction, more natural and effective results can be achieved.

It is necessary to perform a buttock lift and stretching operation on buttocks that have sagged due to rapid and excessive weight gain and loss or aging. If necessary, excess skin is removed and filling is applied.

The operation is performed under general anesthesia. Overnight hospital stay is required. Sutures are removed at week 2. The patient can resume normal activity 15 days after surgery.

Strenuous sports should be avoided for 45 days. The patient may start to do mild sports such as walking, cardio after 30 days. Scars remaining after buttock lift- stretching surgery may fade over time and become unnoticeable.

How is buttock aesthetic surgery performed?

Depending on the patient's condition and the present state of her buttocks, one of the methods, including fat injection, implant use or stretching-lifting, is used.

It is also possible to benefit from these methods at the same time during the same session in patients who need to have them.

The operation time will vary according to the method to be used in buttock aesthetic surgery. It can take in the range of 45 minutes to 1 and a half hours.

In the first few days after the operation, you may have mild pain, which can be easily resolved with painkillers to be prescribed by your doctor.

Who can have buttock aesthetic surgery?

Particularly people with buttocks who have lost their natural shape, flat and asymmetric buttocks or buttocks which are small compared to the body size can have this surgery. The doctor will decide on which operative method to use after the physical exam.

Things to consider before surgery

Things to consider after surgery

Patients with buttock implants should lie face down, exercise caution while sitting down and getting up and never have any medication injected on their buttocks.

As with all issues related to plastic surgery, pricing will vary depending on the method to be used, the operation or combined operations to be done.

What are the risks associated with buttock aesthetic surgery?

It does not involve any risks which are different from those of other operative procedures. However, if an implant has been placed in the hip area, there may be problems such as that they may become visible or dislocated on the edges due to severe traumas.

What is Brazilian Butt?

While more athletic, partially smaller and lifted buttocks are desirable among Americans and Europeans, increased Hispanic aesthetic perception has made larger, rounder and projecting buttocks more favorable. Such type of buttocks are called Brazilian Butt.

Does Hip Grow With Fat Injection?

Especially with the use of fats that can be removed without damage by vaser liposuction method, it is possible to enlarge the hips by injection and positive results are achieved.

Is it possible to make my hips smaller?

It is possible to reduce the volume of the hips to a certain extent by surgical intervention and liposuction method.

Should the silicone implant used be replaced after a while?

In general, implants have a useful life of 10 years, which may be longer or shorter depending on the quality of implant and how it is used.

Will there be any scar left after butt aesthetic surgery?

If fat injection is applied, the scars will be unnoticeable. If implant will be used, the scars will not be too visible since the procedure will be performed in an unseen region. The scars from buttock lift-stretch surgery may be a little more significant but they fade over time and become indistinct.

Should sutures be removed after surgery?

If a method done with self-absorbable sutures has been used, there will be no need to remove the sutures.

If sutures that should be removed have been preferred, they will be removed in no later than 2 weeks.

The area of the legs between the hip and the knee is called a thigh and wavy appearance and sagging in that area constitute one of the most disturbing problems of women.[...]

The genitalia consist of a vagina, large lips (Labium majus), small lips (Labium minus), hymen (Hymen), and the upper part-top region of the lips (Mons pubis). Any deformations[...]

Abdominal stretching operation (abdominoplasty) is a surgical operation in which excess fat and sagging skin in the front part of the abdomen are removed and the weak[...]